The second most enthralling event of Biotechnology Association named ‘BIO-SKIT’ was conducted on 4th October, 2018, Friday, in the Auditorium of Pillai College of Arts, Commerce and Science at 11.00 a.m. Each and everyone experienced an amazing kind of learning technique. Apart from the regular chalk and board learning method, ‘BIO SKIT’ was planned to make students learn biological processes and mechanisms in a dramatic way by various acts performed by the students itself. It also gave the students the opportunity to showcase their acting talents. The event was inaugurated by lighting the “DIYA” by the faculty in the auditorium. Acts performed included a variety of topics focusing on drug addiction, mechanism of cancer and various other immunological processes which affected health. Audience gave a loving response as the acts included comedy punchlines, songs, poems and mind blowing scenes. There were total six teams consisting of 8 members each. The event was hosted by very talented S.Y. B.Sc. students Miss. Bhagyashree and Pristo Paul which added extra zeal to the event. Based on the concept and the perfect performing skills, the judges for the event, Mr. Gopakumar Pillai and Dr. C. K. Prashanth evaluated the performances and gave kind remarks to the participants for their hard work and tips for giving a better show next time. All the classes of Biotechnology participated with huge enthusiasm and even the first year students showed an active participation and enacted very well according to their level of understanding the subject. By promising to keep the zeal same for the rest of the year, the event concluded with a group photograph of all the participants and the teachers and bunch of happy minds filled with inspiring knowledge. 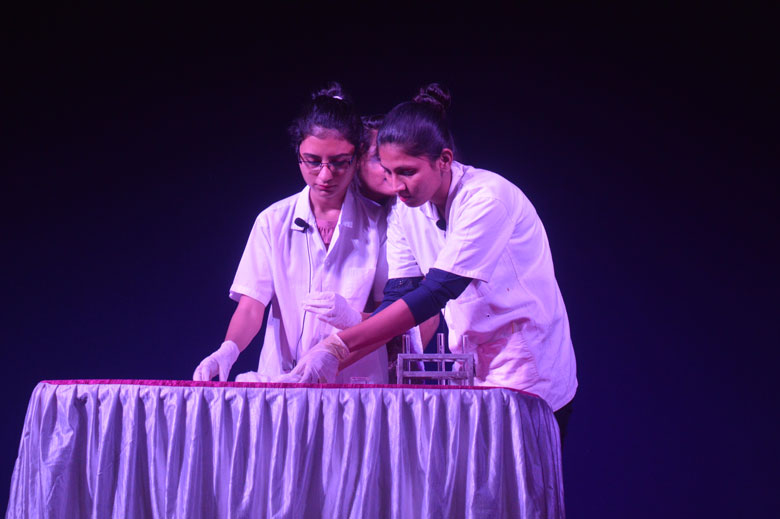 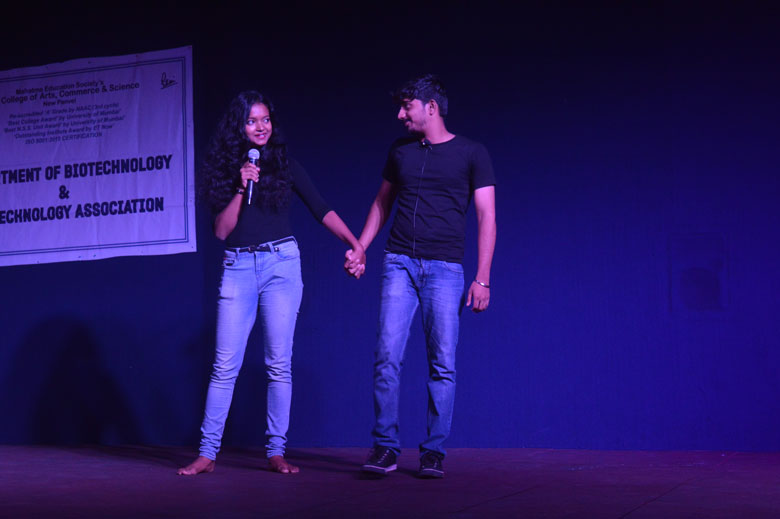 Students giving a performance in ‘Bio-Skit’ 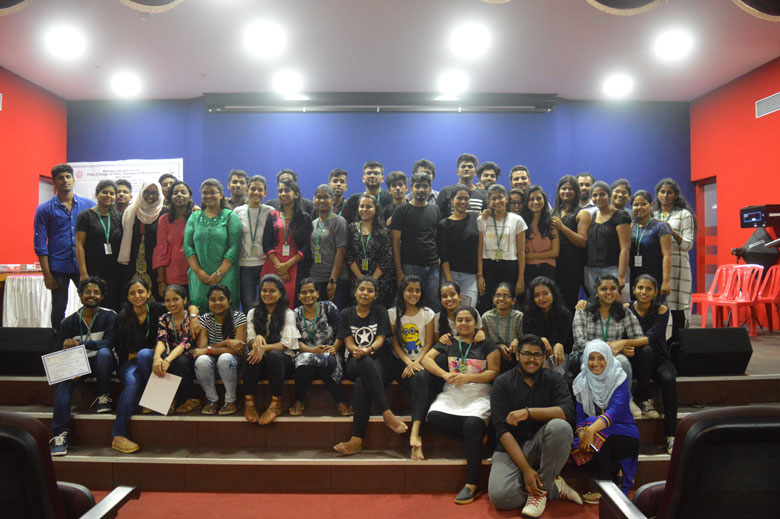 A group picture of all the student participants