The big day arrived again on 17th December 2018, Querenciaa, with the theme of T.V. shows. For most of us it felt like coming home again. The sun came up with new hopes and positive vibes with all the events lined up, eager participants, all the props decked up and everyone dressed up in the beloved Querenciaa T-shirt. 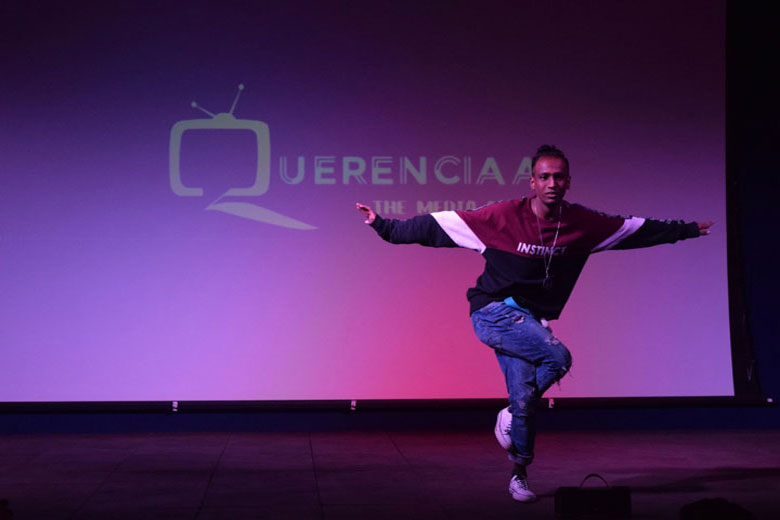 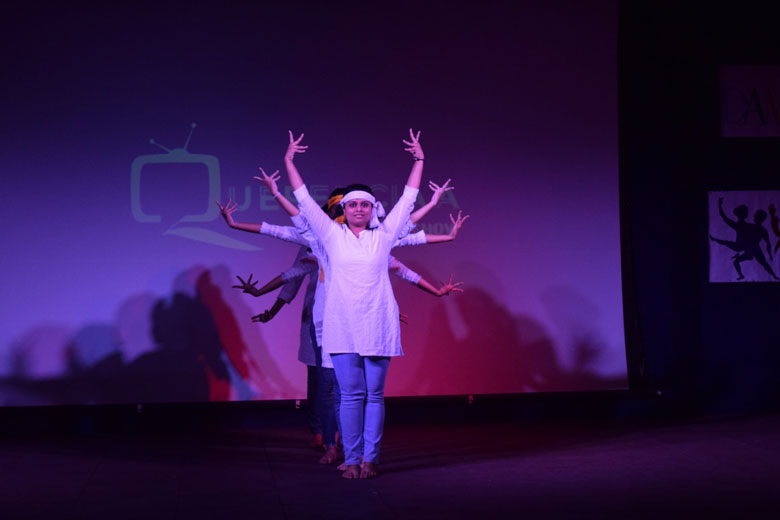 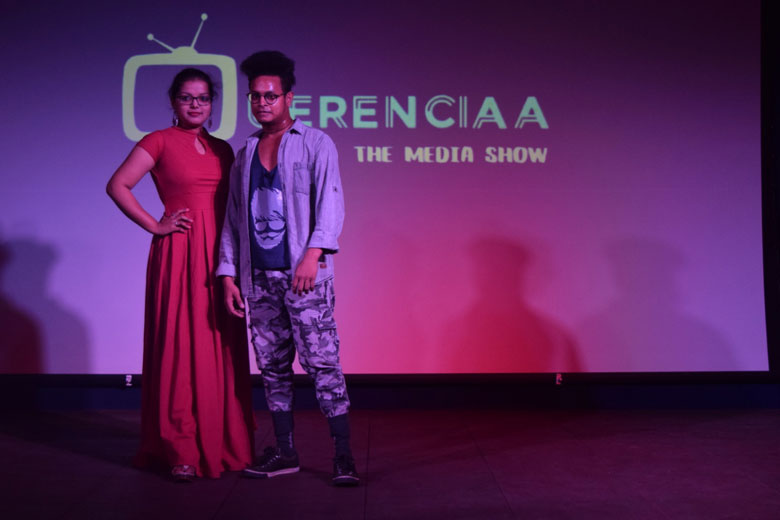 Aishwarya Pewal and Ashutosh Pradhan - judges of ‘Move Your Lakk’ 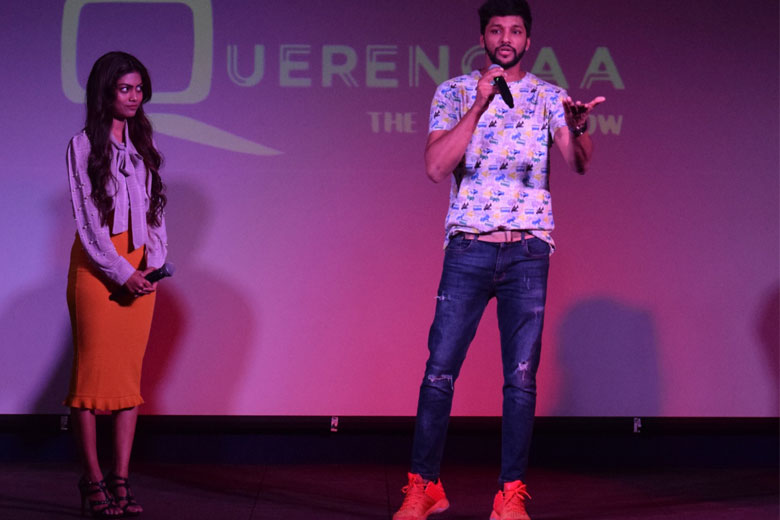 Judges of Panache sharing thoughts after the event

The event started with the lighting of a lamp. An auspicious beginning to the fest with prayers and blessings.

The first event was Spotlight, The Personality show. Participants were expected to go through three rounds. The walk introduction, The talent and the questionnaire round. The participants were dressed up as their favourite T.V. show characters and the judge them, we had the very talented Neeraj Yadav and Riya Rathod. The event started with a bang, a cut to cut competition, amazing talents and witty answers. Everyone was fascinated with the event.

Next up was Mic Drop. An open mic event, judged by none other than Ankit Bedi. The Participants were allowed to speak, sing, rap or beatbox their hearts out. This event was the most enjoyable. With heart touching to poetry to laughter that gave you a stomach ache, to awesome beat boxing and crazy rapping. Everyone was having a time of their lives. Ankit Bedi especially had a great time with us at Querenciaa.

The events so far were great hits and were followed by non-staged events. The first one being ‘Shutters Up’. The photography event where students were given a limited time to click images according to the theme given. One could see participants eagerly rushing everywhere to get the pictures. While others were having fun at ‘Heads up’ A dumb charades event with a twist. The day ended with a Painting competition and really happy members a celebratory dance.

18th December 2018, dawned with mixed emotions. Happiness, eagerness, determination and a tinge of sadness for it as second and the last day of Querenicaa.

Hence it was made sure that the day was to be made better than ever.

The day started with a PUBG Competition and a Treasure Hunt. The participants were never happier. While some ran around the college searching for clues and hints and shouting and screaming. The others furiously tapped on their phones to get the ‘Chicken Dinner’. It was definitely a sight.

These events were followed by the writing event called ‘Twist in the Tale’ where the participants had to write a short story of their own which should include the twist that was given on the spot. It was lovely to see the participants write their hearts out on paper. It was creativity so beautifully carved on paper.

The event was followed by an outstanding dance competition ‘Move your Lakk’. The judges for the event were a Guinness Record Holder and an amazing dancer, Aishwarya Pewal and the very loved Ashutosh Pradhan. The event showed much enthusiasm, mind boggling dances and unbelievable move. It was a treat to watch completely.

The last event for the day was Panache and what a show it was. Judged by the beautiful Vaishnavi Kamble, the event showcased so many themes blended with the grace of a ramp walk. The costumes had everyone dropping their jaws and no one could differentiate between the participants and the professionals. The event was sparkling with life and light and hoots and cheers.

And as the event ended, so did Querenciaa. The end of the day witnessed joy and tears, it witnessed new promises and satisfaction of work, it witnessed hugs and fist pumps and with another celebratory dance and the vote of thanks. It was a goodbye to Querenciaa, with a belief that the next year was set to be better.